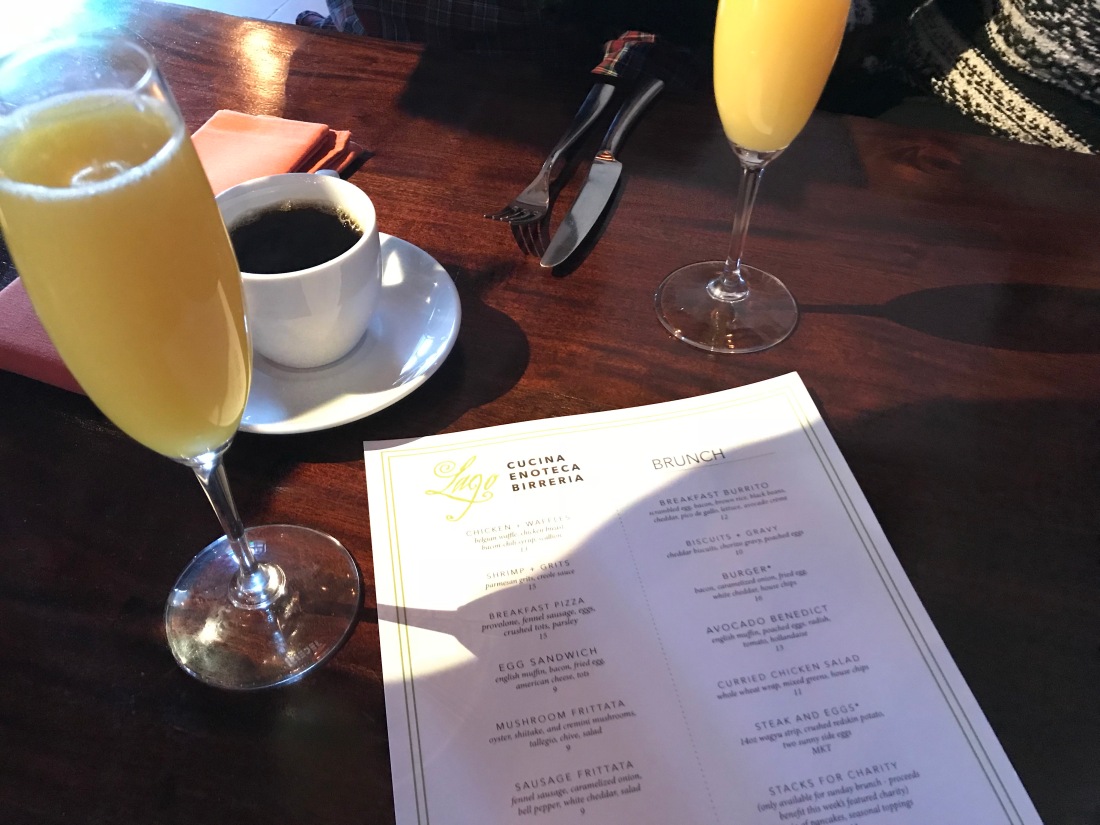 Wow, hey. Did y’all miss me or did y’all miss me? Because I def did NOT miss myself. But shout out to the wonderful souls who kept harassi–checking in on me. This post is for you ;). Look at the G L O W. Anyways.

So, let’s take you through my life from June all the way through now: nothing. Whew, glad we got caught up! Well, in all seriousness, amidst the boy drama, academic struggle, mental breakdown, friend drama, and food relationships, I’m still standing and going strong. I’m down weight and feeling healthier than before. I’ve also been switching in and out of vegan-seagan-keto etc. Not sure what I’m doing but I’m eating foods I like when I want. I am mainly plant-based. I don’t eat gluten (slight allergy). I avoid things with lactose (intolerance). And… that’s it really. I’m doing HIIT, yoga, barre, cycling, and strength training, too! Oh, and being natural is getting easier, thank GOODNESS.

And now, I’m back. And I know last time I said I would be better with this, so I’m not going to promise such a thing, but I will promise to try harder. As for the other updates I did promise… The travel diaries (London) will be up soon. During winter break (I know, 2 months from now) everything should be up and ready for your viewing pleasure. But, we’re gonna try to get it all up and running smoothly before then.

But! You’re here because you saw the title “Bottomless Mimosas” and if you’re a Clevelander or Cleveland-visitor (student, friend, etc), you’re probably thinking “They have such a thing?” (I’m from the East Coast where we speak in bottomless brunch).

After HOURS of searching and calling different rumored restaurants… Ya girl FINALLY found a bottomless mimosas place. And, ya girl finally just recovered from that Olympic sport.

Service was a little… slow. We sat down for 15 or so minutes without anybody checking in on us. We started off with the bottomless mimosas right away. We were going to make the most bang for our buck. It was $15 for the bottomless, so truly, even 3 would be cost efficient. 5 would be better. But 10?! A steal! 15 would have been… hospital inducing honestly.

I am used to mimosas being like at least 75% champagne, but these were a good… 50%? Or something like that. But I don’t really eat grains, so alcohol hit me H A R D.

So mimosas are mimosas. But the food? So, listen. I asked for the wagyu steak and eggs… $64. My eyes popped out of my head. I don’t mind spending money for some good steak, but for breakfast? Am I made out of money? I was literally just there for the bottomless mimosas. Whew, chile… 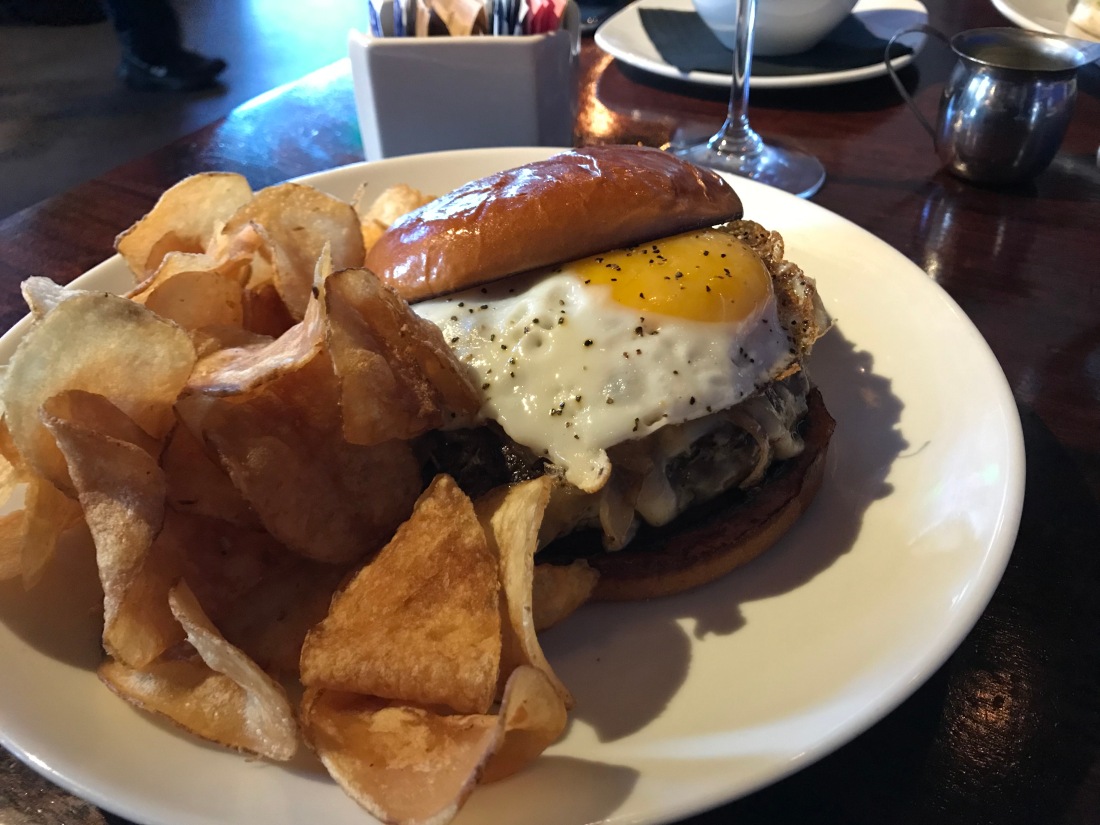 We ended up getting the burgers. Mine sans buns and a side of tater tots. The burger was goooooood. And the house chips were very good too, but the tater tots were AMAZING.

One got the Avocado Benedict. And… It pictured well. It was literally guac on toast with an egg. Not sure what we were actually expecting, but it wasn’t that. We don’t recommend it (even though it was recommended to us). So we were able to sub it out for the breakfast burrito and that tasted amazing.

The waiters we had were pretty cool. Lots of jokes and was pretty quick on the refills (the most important part).

The interior was very nice and I would love to come back at night for their dinner menu. If you’ve tried it, do let me know!

We showed up at 11am and didn’t leave until almost 2? And we all had takeout boxes. I ended up snacking out of it while sobering up when walking around.

After, we just goofed around in the Flats, one of my favorite places in Cleveland. I got a pic with a Rolls Royce (yes, I’m annoying).

Walked around by the water and I pretended to be an IG model. Then I ate a hot dog as we played some corn hole. Then when I got home, I drank some electrolyte water and took my sweet sweet drunk booty to bed. And woke up at 7pm. And went straight back to sleep. 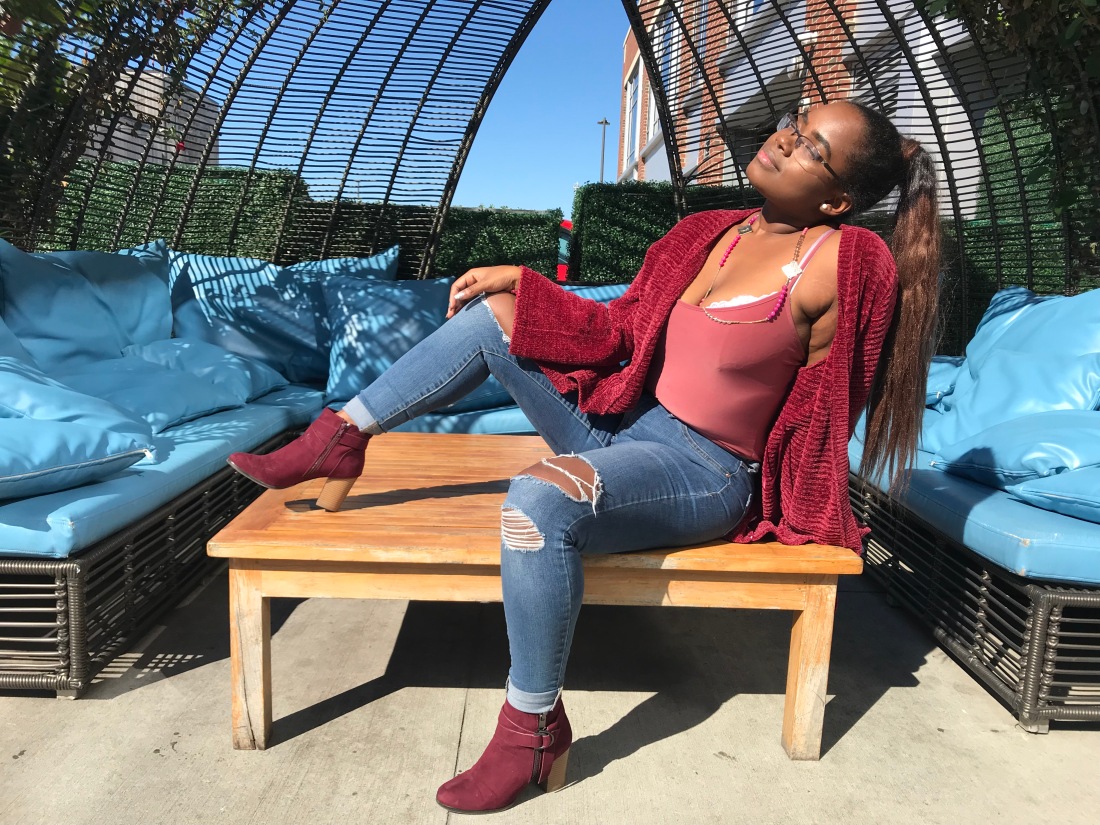 Ah, the joys of day drinking. Overall, I do recommend Lagos; if not for their food then for the bottomless mimosas. If not for that, then because I told you to.