For Summer 2018, I have decided to vegan(ish). I started in June. Like my seagan that I was during Lent. Vegan foods and meals, sometimes with a side of fish. Although, as I have been diving deeper into plant-based vegan, I’ve been straying away from supplementing parts of my protein intake with fish. But, I’ve read horror stories about people becoming violently ill after ingesting even chicken broth after months of not eating meat. SO, that will not be me. Homegirl is definitely going to have meat once a month. So for my blog posts, don’t be concerned about all the meat posts, lots of my posts are queued up for future posting.

After a night of wild shenanigans, with my other vegan-ish friend, we went to a black owned vegan restaurant: The Land of Kush.

I’ve been here once before, because my friend wanted some vegan crab cakes. Kush is known for having the best vegan crab cakes, buuuutttttt, it’s made out of gluten (seitan). I’m a bit gluten and lactose intolerant, so to avoid dying later, I had to take a pass on the crab cakes today. But honestly, I’m never going to not eat a real crab cake. So if I’m going to die, might as well have the real deal amiright? 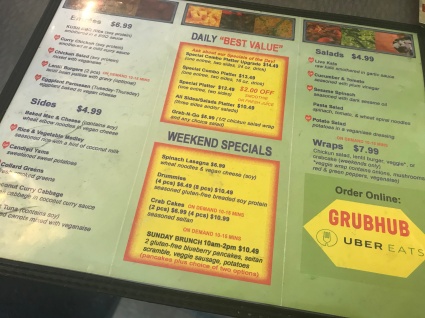 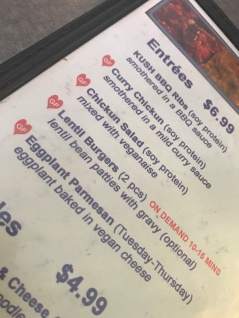 It’s a cute little place. You can sit down and eat, but it’s mainly you go in, get your food, and dip out. 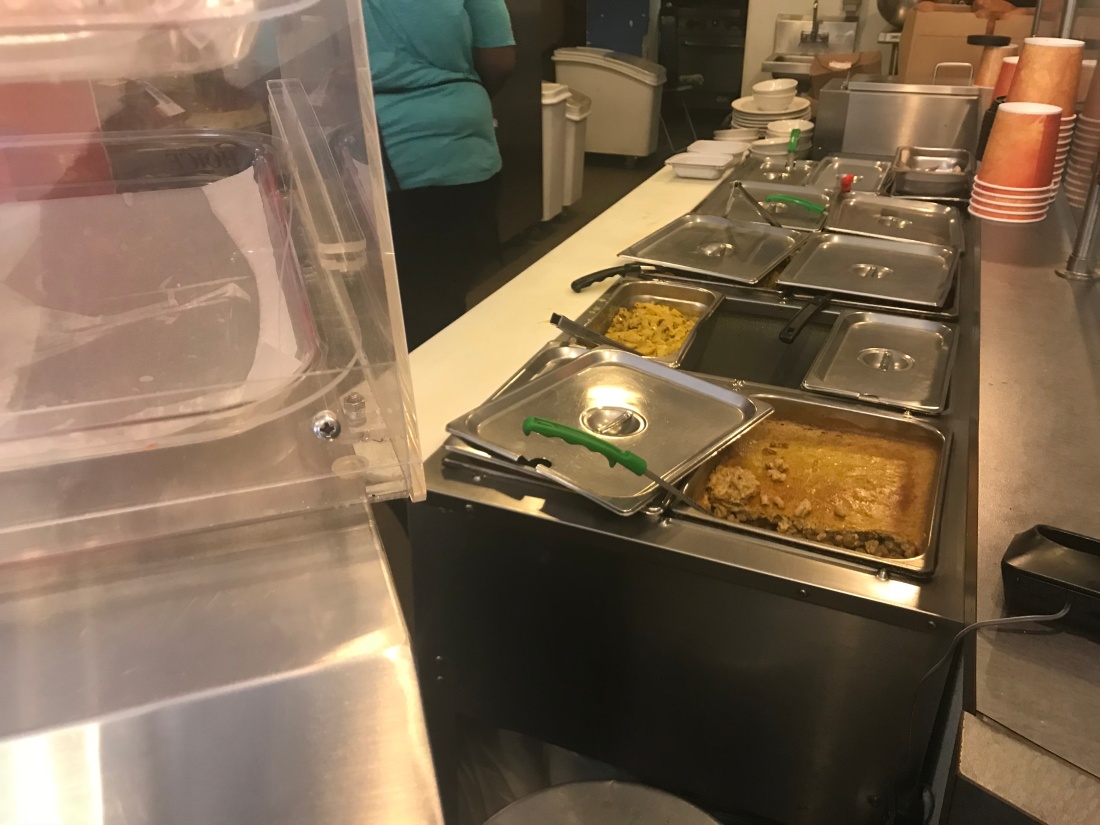 Everything is pre-made and heated, for a fast casual experience. I don’t like soul food, so I stayed away from the usual culprits: collard greens, candied yams, mac & cheese…

I got the lentil burger with gravy (in the cup), “tuna” salad, and rice. 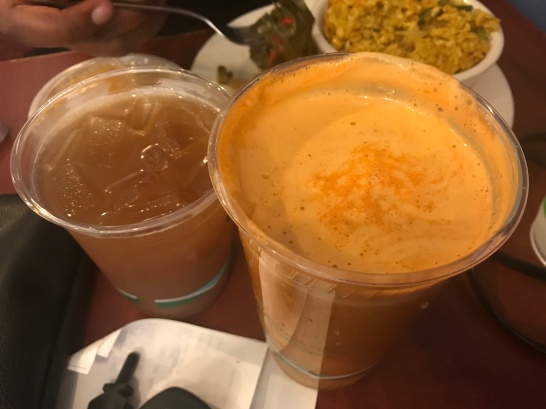 My friend got the collard greens and candied yams haha. But we both decided to get some of the fresh juice. She got the ginger spice (and boy, did it have a kick!) and I got the liver detox (after years of college induced binge drinking, my liver probably needed some extra TLC). 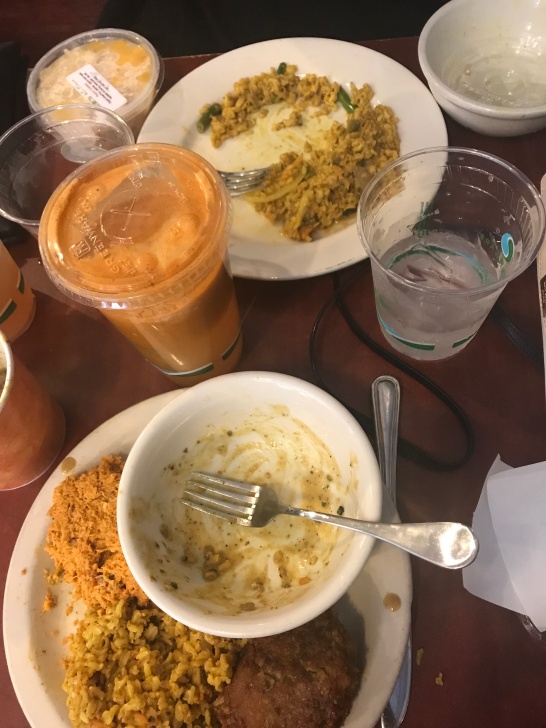 Goodness! The food was AMAZING. And man, it was hearty and filling. For the first time at a restaurant, I wasn’t feeling bloated and gross (probs because this is my first time eating something without any of my food intolerances and plant based so funny how life works). I brought the rest of my food home, and I cannot wait to finish the rest.

Anyways, we will see how the rest of the summer brings with my vegan lifestyle, and more importantly… how long I will be vegan. So, wish me luck.